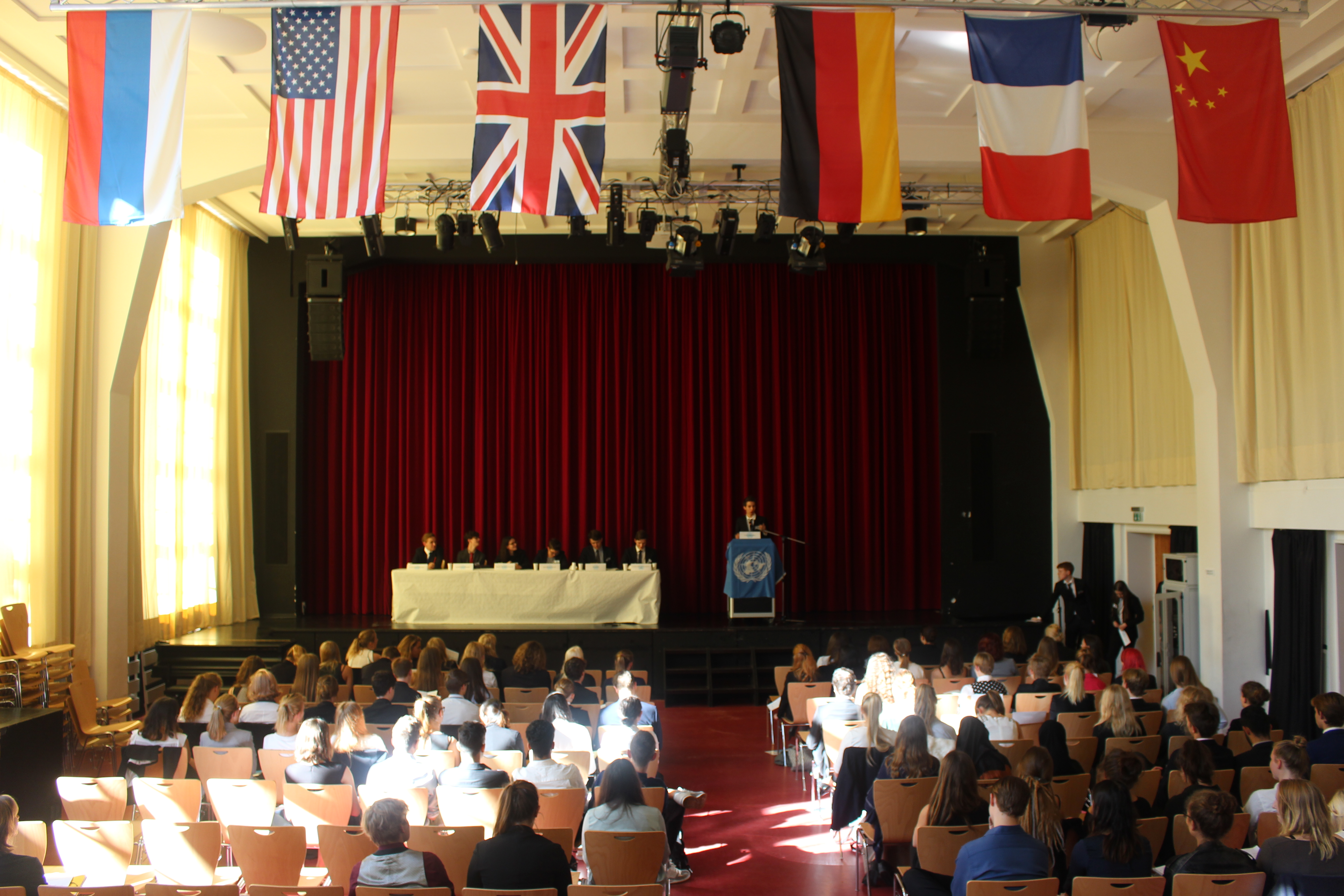 This year’s AMUN opening ceremony was, in fact, really “open”.

With many delegates looking forward to fruitful and interesting debates, it was a pleasure to see the representers of nearly all nations united. Also the guest speaker professor Fiedler, who held an encouraging speech about the importance and the role of organizations like this, and the fight for liberalism and unity, was inspiring.

The conference manager explained that more than 50% of the delegates of this year`s AMUN were first timers. But it was the Secretary General who told us what the real root of the matter is. Face the troubles, talk about them and solve what needs to be solved.

But there were some exceptions from that, which started the conference in a very powerful way.

DPRK`s ambassador was the first one to make people clap their hands, with his fight against the western world and a quote of the singer Taylor Swift: “Haters gonna hate, I’m just gonna shake shake shake shake.” India shocked the whole auditorium, containing a clear statement that the hate to Pakistan still exists: “ We wish all peace and nice debates, except Pakistan of course”, the ambassador announced. Pakistan didn’t give the offend back but wished all delegates nice debates, including India.

With a minute of silence and commemoration, the ambassador of Israel let the delegates calm down, but not for long. When it was Russia’s turn, the former “Superpower” made clear that they wouldn’t cooperate with their biggest opponent, the USA.

The USA used this to fight back and announce a cooperation with all states, including “non-democracies” like the Russian Federation.

With a last speech of the PGA, the AMUN opening ceremony had come to an end and the delegates went to meet up with their committees.